How did we calculate the MDW?

In a series of expert round tables, we have defined eight categories of general expenses for which we have set a minimum standard and for which a person with a minimum decent wage should be able to attain. Next, we sifted through available sources for each category to reach an amount which each household needs to earn in order to meet this standard.

The driving principle behind our calculations was that the data sources used for calculating each category must be: transparent * available to the public * current * independent
The total sum for each category below gives a net amount, which was then reconverted into a gross wage. Pension and health insurance contributions, tax reductions, and child tax credits have been included in the calculation as well.

In addition to covering the expenses of one working person, the minimum decent wage should also cover at least one dependent. We included care for one child in our calculations, although this could also encompass care for an elderly or sick parent or even the simultaneous care of a child and a parent, sick partner, etc.

These costs are not consistent over the course of one’s life. There are times when they are lower (e.g., before establishing a family) and times when they are higher (e.g., caring for both a child and an older parent at the same time). Having a decent wage means being able to cover even unexpected costs from one’s wage or simply being able to prepare for such circumstances. 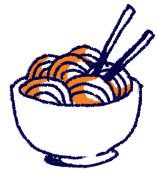 This category concerns expenses from buying groceries according to nutritional recommendations. Additionally, a working adult should have the possibility to eat (lunch) at a company cafeteria or a public restaurant.

The so-called grocery basket index (i.e., grocery price index) is based on recommendations from the Czech Society for Nutrition; in a reduced form this index is usedto calculate social benefits and is based on the grocery basket index recommended by the Society for Nutrition for Central European DACH countries (Germany, Austria, Switzerland). The recommendations allow provisions for coffee and alcohol, although not tobacco.

The prices for individual groceries have been set according to average consumer prices of groceries as determined by the Czech Statistical Office (the average is for July to August in order to rule out irregularities due to sudden price deviations).

Additionally, 21 meals consumed outside of the home were calculated. The costs for these meals are therefore increased by a coefficient of three since it is assumed that at least some of these meals will cost more than if they were prepared at home. 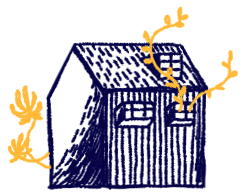 Included here are costs for rent in an average-sized apartment, including services and utilities. The two amounts reflect the differences in prices in Prague and other cities in the Czech Republic. The same price for utilities and services is included for payers of mortgages or property owners.

We have calculated this according to the yearly updated normative costs used by the Ministry of Labour and Social Affairs for calculating social housing benefits. The norms differentiate between the amount of rent according to the size of the household and municipality.

Next, a conversion was used for Prague and municipalities outside of Prague. The result is a weighted average based on the number of households in the Czech Republic located in municipalities of various sizes (based on 2011 census).

It is assumed that a working adult will either pay rent (as is also used in methodologies abroad) or a mortgage, which we consider as the equivalent of paying rent; a third option is where the mortgage is paid off, yet long-term repairs and investments must be saved for each month.
In comparison to the actual rise in housing costs, the numbers are slightly under valued; nevertheless, this is the only publicly available source which covers the entire Czech Republic. 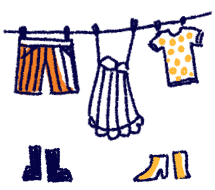 This category concerns the cost of clothing and shoes.

Due to a lack of data, we have calculated this according to the median spending costs of working households provided by the Czech Statistical Office (Statistics of family accounts).

This calculation should be fairly accurate as statistics point to fairly consistent clothing costs even as a household’s income increases (exception is made for 20% of households with the highest incomes).

Included here are costs associated with commuting to work or school or with running errands (shopping, seeing a doctor); it also includes costs from obtaining and using different modes of transportation (car, motorcycle, bike).

Due to a lack of data, we have calculated this according to the median spending costs of working households provided by the Czech Statistical Office (Statistics of family accounts).

The numbers do not reflect the higher costs in smaller towns where people need to commute more for work and services. Transportation costs are also higher outside of larger cities due to less integrated transportation providers and overall higher prices of prepaid tickets. 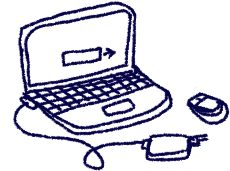 Included in this is a mobile phone plan with internet for an adult, a prepaid card for a child, and home internet. Costs were calculated according to the current offer of telephone operators and internet providers.

This category concerns costs associated with both hygiene products and health. /p>

Due to an absence of other available data, costs for health and hygiene needs come from median spending costs of working households provided by the Czech Statistical Office (Statistics of family accounts). 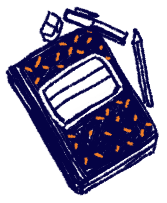 For a child, an after school club is included and/or one extracurricular activity (10 months/year) at Dům detí a mladeže (kid’s club association), one week at a summer camp (yearly), as well as a school fieldtrip or ski training (2x over the course of three years) and tutoring (3 hours/year).

In terms of a vacation, 11 days (length needed for recuperation according to experts) for an in-country vacation was chosen.

Additionally, a three-month education program (4 hours/month) is included for adults each year.

Costs were estimated for each of the abovementioned categories based on average standard prices according to publicly available data of service providers. 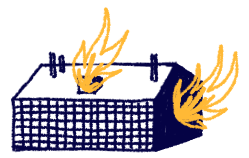 This is the average amount of a person’s income which should be set aside in the case of unexpected expenses or wage loss, as well as for retirement and other types of insurance.

For savings, 12% of a monthly wage was calculated (amounts are averaged for Prague and the rest of the country).

From the 12%, an amount of 5% needs to be saved for one-off and unexpected expenses namely associated with:

– buying and refurbishing appliances (refrigerator, washing machine, etc.), computers, and other electronics;
– equipping the household and buying personal items (furniture, dishes, tools, linens, strollers, etc.);
– one-time expenses for health needs and aids (eyeglasses, dental procedures, non-mandatory vaccinations, etc.);
– administrative expenses and legal services;
– savings in case of illness;
– and savings of 7% for retirement and other insurance. This is lower than expert recommendations (10% of monthly wages reserved for retirement), although it is closer to real spending amounts in other OECD countries.